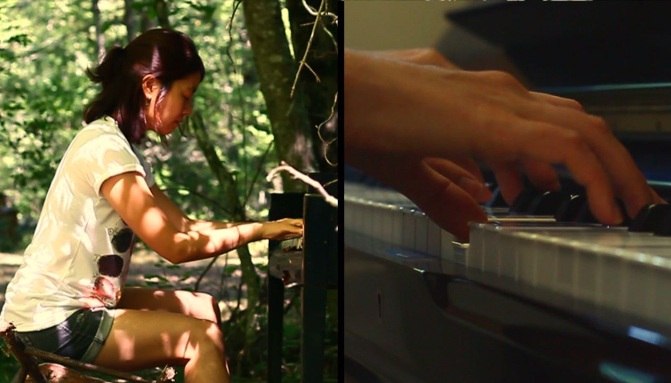 This story is told from the face of a lonely man who walks in the forest near his home every day.

I made this film during my staying in a creative residence in the United States (Connecticut). For me it was important to deliver my impression about the place where I was living for a month. Here were used mixed media, combining elements of classical art, documentary film and video art. I was able to engage people in this film who lived with me in the residence. I wrote the offscreen text, it was read by a man, who came from California. The role of the phantasmal Asiatic girl, who plays the piano in the forest, was a composer from the South Korea. A man from England played on a dry tree with a fiddlestick. Also I was interested in experimenting with dual screen. It allowed to compare and push the two frames at one time, rather than sequentially, as it usually occurs during montage.