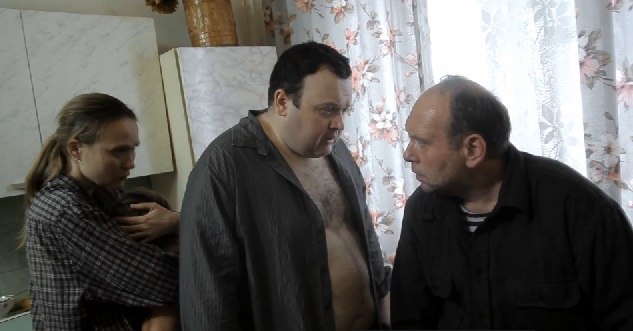 “1210” – a shrill story about a”little man” who is trying to get justice from the government. But his efforts are doomed in advance. He – is not a wanted old man, against which is taken up arms by even his own family.

Aggrieved dignity, feelings of guilt and despair push an officer to a terrible thing to do. An act that could vindicate only madness, multiply on despair. However, it is still a question – he is mad in this “normal” world and the “normal” world has gone mad with indifference?

Moscow Festival of Department of Culture GBUK “Moscow Cinema” – “Panorama of the Russian cinema”, a diploma for “The Best premiere at ” Tribune ” Cinema Club”, (Moscow), 2012


The film “1210” is based on real events. Indifference of the state and society, defiance for the elderly people, to our own history, revenge and even revolt – all these topics are covered in a tough and uncompromising stories, the hero of which could be called a “hero of our time.”